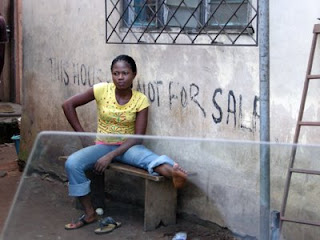 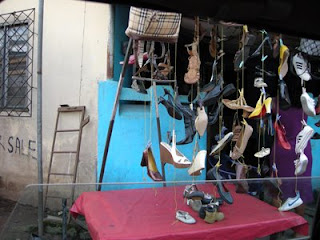 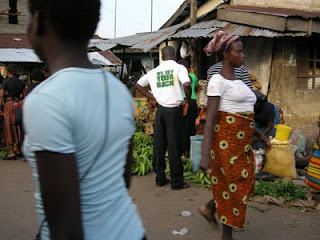 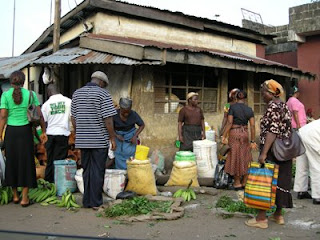 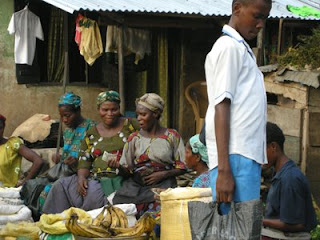 Towards the end of the day we went to the market. I was told by Amara to stay in the car whilst she and Chidima went to get the things, including bottled water (tons of it!), yam, cassava, beans, dried fish, spinach-like (tasting) leaves, tomatoes, onions, plantains, rice, OMO and other cleaning materials, tea (mainly for my benefit!!!), etc. The taxi acted like a 'hide' from which it was relatively easy to take photos with the small digital camera.

Everywhere there were signs daubed onto house walls saying 'This house is not for sale' which seemed weird to me. Apparently it was to stop scams whereby someone could come up and show someone a house, sell it to them and then they would find that it had already been sold to someone else! Bizarre....I still could not quite get my head round it.

Tonight Amara eat this clay ball which apparently has lead in it. She said it was slightly addictive and it smelt slightly of menthol or herbal. She did not say what effect it had on her other than it was pleasant to take. Maybe relaxing?? It was the size of a walnut and had white clay inside a rather brown exterior. She later told me that it could become a bit addictive!!!
Posted by Kate Parsons at 08:20