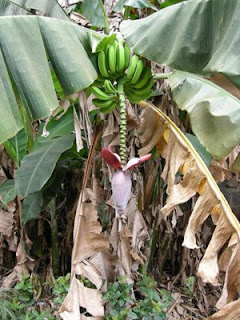 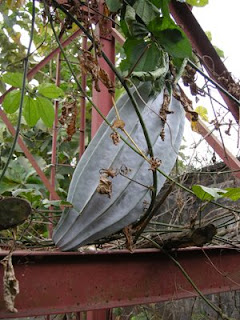 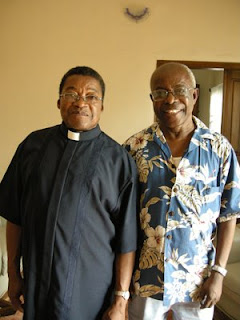 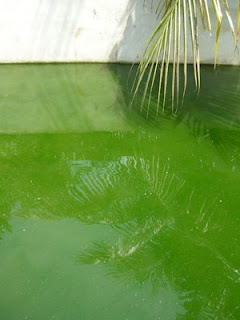 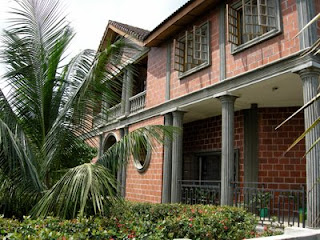 The plane was about 45 minutes late leaving Abuja for Owerri, which was a little worrying! This was where most of the research into the Mbari houses was to be carried out.

The Reverend Ngozi was there to meet us which was good and we managed to get through customs fairly easily by giving the official a whiff of Marmite that l had stuffed into the kettle! He physically reeled back! - my turn later with the catfish, etc......!

At this point l still did not know where we were going to stay exactly - again a bit nerve racking! The journey in the taxi was rather ad hoc - no maps or signs here! It was gradually getting dark and we eventually turned up a road which was unmade up with houses along the road that were barely half built, with no windows, doors, or roofs, although a lot of them had the second storey in place, with reinforcing irons akimbo - my heart sank as l thought of all the scenarios this might imply....BUT we miraculously found our way to Father Okere's house, which turned out to be the most beautiful in the whole road, not just because it was complete!!! I found out later that people actually lived in these other houses, as apparently it saved them money while they were building these houses as they did not have to pay rent elsewhere, and could afford to build it gradually, so they often lived in one room, whilst the rest of the house was built around them.

When we arrived back each night from the villages we visited the big gates were opened by guards at the beginning of the road, as vigilante groups operated in the area. Then again we were let into the compound with more big gates, with barbed wire being the order of the day. Owerri was part of South East Nigeria that was involved with the Biafran War which had immense impact on this area culturally, economically and of course politically which was so sad. Generally speaking it was quite a lawless society as a result of years of corruption, so theft and violence unfortunately were common.

Father Okere (no the chap in the blue shirt above, the other very friendly man was Amara's uncle who we stayed with later...) studied theology in Ireland and then went to Belgium and studied Philosophy, so he was very interesting to talk to and knew a lot about the history and the politics of the country. He was quite eccentric and loved his catfish, which he was nurturing in a specially made concrete pond and was full of algae, which was probably what l could taste in most of the fish l tried elsewhere!!! He also had a turkey hanging around which was later joined by a goat. l was told, the goat came from the Northern region of Nigeria (Hausa country which is Muslim) - this thing apart from smelling badly had the most pitiful bled at night - quite erry! There were lovely red flowering bushes in the garden as well as banana trees, pumpkins and palms and at night the lovely sound of the frogs and crickets which sounds so tropical. I felt at home.
Posted by Kate Parsons at 07:58