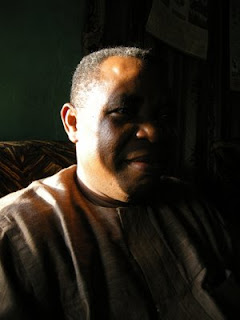 Discovered that in order to get the complimentary breakfast, or as l was lead to believe bed and breakfast, you had to sign in at reception EACH day paying one day at a time...did not get the hang of this until the third day when two eggs appeared, instead of one, dressed in very elaborate cucumber hats....to cut a long story short l decided to abandon this element of bureaucracy and find the supermarket!

Amara arrived and we stood by the side of the road to flag down a taxi for our visit to the National Gallery of Art (NGA)...discovered pretty quickly to hide in the undergrowth by the side of the road, or look as if l was on my own some distance from Amara, to get a reasonable ratel! Reminds me of hitch-hiking in the 70's when the bloke would jump out of the bushes leaving the girl to attract the lift!! By the end of the whole project we got quite expert at it, but never-the-less I felt rather uncomfortable with it!

Finally got to the NGA where I was welcomed by everyone and handshaking was the order of the day - sliding palms and sometimes clicking the fingers on release, as you let go of the middle finger. Amara's boss Mr Abulahi, Director of Curatorial Services, was very supportive of the project and recognised the value of it for Amara and the gallery, so let Amara have time off with pay which l thought was very visionary of the organisation - to be applauded!

Later in the day l met the Reverend Ngozi Akamdiocha, who was one of Amara's contacts, who was going to help us negotiate our way around the Owerri villages for the research...he was fondly referred to as 'Reverend' by both of us. In this photo of him (towards the end of the trip) the light played on his face in a very unusual way which reminded me of a mask and the uncanny stories from people we interviewed in the field and the general culture of myth and magic - which l was at first skeptical about because of cultural stereotypes.
Posted by Kate Parsons at 05:22