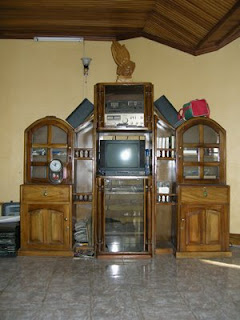 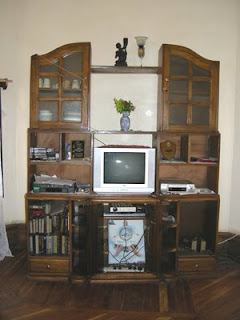 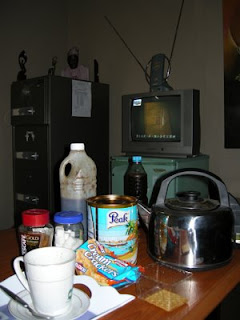 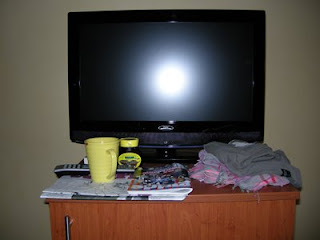 Televisions, of which l am not a personal fan anyway, are everywhere, in every office, within an office and the focus of most homes...or sometimes not the focus at all times, but general background noise and vision!!!

Some of the reasons for this may be that Nigeria has become the dumping ground or grave yard for obsolete TV's around the world, it is company and adds to the general chaos, and 'informs' its viewers about the existence of the world beyond their own country - likewise the internet (when it is working!) which again can give a very biased view of the West in terms of wealth and pornography!

Not being into 'Soaps' l found the 'Africa Magic' channel fascinating, with the obligatory medicine man come diviner, issues of suitable marriage suitors, father and son relations and general entrepeneurship.

Later l started thinking of these beasts as 'shrines' with their elaborated surrounds and various artefacts positioned around them, so thought this would be an interesting photographic series, with a hint of Bernard and Hilder Becker about it, but more in the realms of popular culture.
Posted by Kate Parsons at 06:14