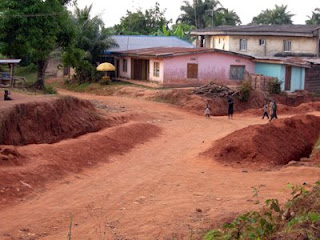 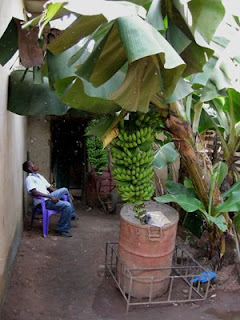 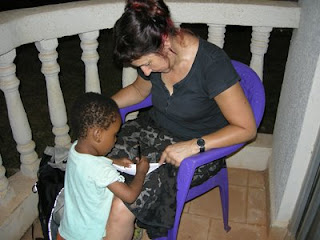 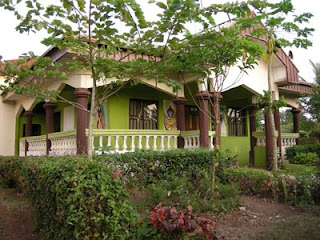 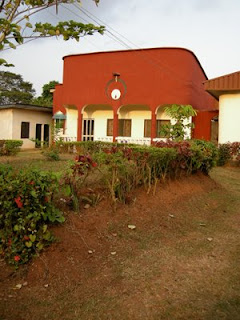 We hired the same taxi man to take us to where Amara's mother lived in Umuahia, as her uncle was arriving from America and was going to be made a Monsenior in the Catholic church. Amara wanted to be there for the ceremony, but as it happened we left before then as time was short and we had to move on to Nsukka. Incidently the taxi man wanted to marry me...very amusing!!!

Umuahia was more rural, which I liked a lot and the garden was full of plants, but mainly to eat. It had grapefruit, yam, papaya, pumpkin, bananas and a vine that used to grow in the forests but now is cultivated in the homestead for its leaves , which are eaten like salad. Amara's uncle here, the Eze, also had a yam barn (very traditional amongst the Igbo) but it was not full yet as it was just before the harvest, but it was a wonderful yard with amazing light which was filtered through huge banana leaves.
Posted by Kate Parsons at 11:21