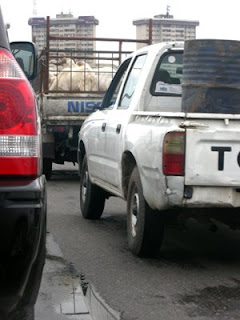 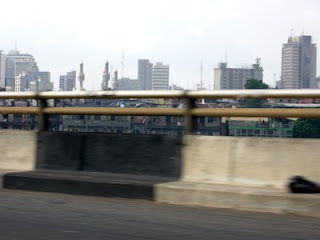 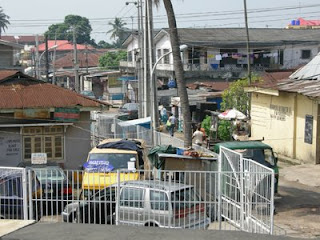 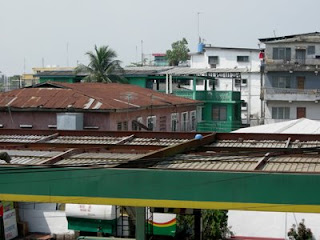 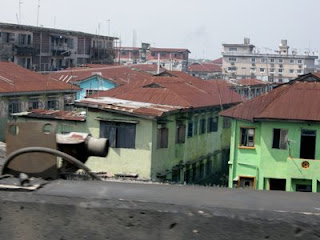 On the way into the centre of Lagos l saw a man selling hot water bottles....they must be crazy l thought in this heat! Amara informs me that they are put on aches and pains.....maybe ice would be a good alternative here?

I saw what looked like rams driving combis along the express highway.....they were going to a ram market. Others were heaped up in the back of anything that would fit them in. This ram market it was in a rather poor area with shanty town shacks near a series of fly-overs. It turned out to be a Muslim festival and they were all going to be slaughtered. Some poor things did not want to be lead away and so ended up with their feet being tied up and carried, others seemed to stand in defiance, whilst others looked bewildered.

We also went to the gallery called 'Terra Kulture' which was a contemporary space and we thought this could be a possibility for showing some of the work produced from this project. Another day we went to an Art Auction here mainly of African carving, which was quasi traditional and quasi contemporary with some very interesting pieces, but a lot did not appeal to me, however the ones that did sell fetched quite high prices.
Posted by Kate Parsons at 16:46