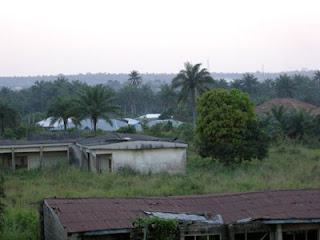 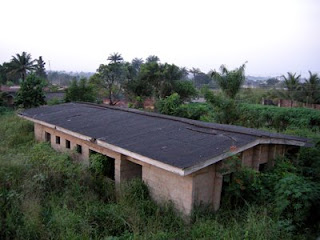 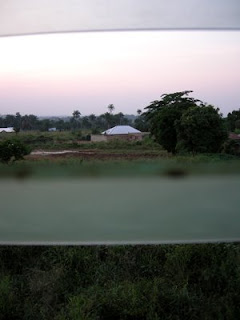 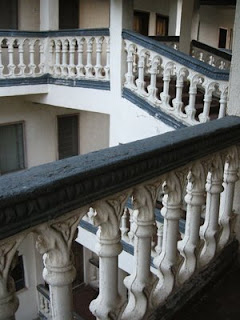 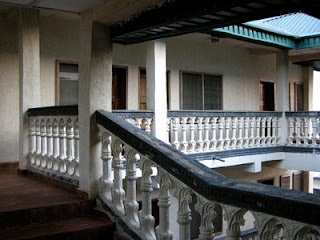 'The mission' could mean a lot of things on this holy grail of a journey!!!

This is the Catholic Mission accommodation, in Umuahia, where we stayed two nights accompanied by some fulsome cockroaches, which were instantly despatched with the infamous flip flop. I think Amara was more concerned about them than l was, as well as the rust in the shower! So we had to move.

The views were stunning after the urban areas, with open skies, sunsets and fresh air, but the services started rather early in the morning...... we were right above the room concerned!!. I don't do early (like 5 am!) mornings unless essential! Late nights yes!
Posted by Kate Parsons at 12:23